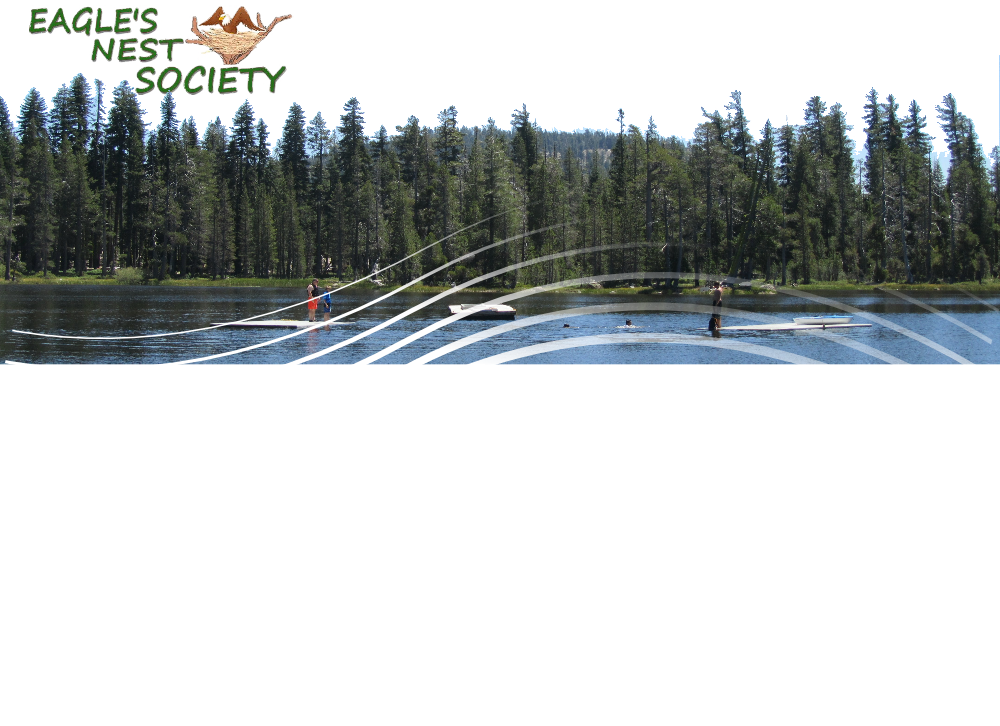 Formerly an active Boy Scout Camp in the Golden Empire District, Camp Pahatsi now rests empty and for the most part unused.  Regretfully this has been the case since 2003 when a fire, accidentally set by a yearly winter group that leased the camp, burned down the main lodge.

Camp Pahatsi is one of many camps in California.  Camp Pahatsi can be reached after taking the interstate from Reno, getting off at Soda Springs, and then traveling on the all too familiar dirt roads that lead to most camps.  This road, in fact, is so rocky that there were times when there was no dirt at all, but what a wonderful little camp we found at the end of the road!

The camp is centered around a small but lovely body of water; it’s own private lake.  The main lodge overlooked the lake, and it featured porch dining areas perched above the boathouse.  At first glance you might be tempted to call this camp a resort, and to some degree you'd be right if you did.  The camp was leased in the winter months to a nearby resort which used the property for cross country skiing and turned the rugged Boy Scout camp into a luxury ski outpost.  The lodge itself was a beneficiary of this arrangement, having been renovated by the resort.  As well, many of the fine buildings and facilities found at this camp have been built by the resort.

It's was an unusual and ingenious arrangement that benefited both the resort and the Scout camp.  That is until the lodge was lost.  All that is left is a large area, one utility pole and new trees encroaching on the pad the lodge was on.

The Camp use to welcome guests as was it’s very inviting nature. Large groups would arrive weekly on Sunday and set up their homes for the week.  During the weekdays everyone would move from program to program expertly run by the efficient staff.  But the staff was not only efficient but down right fun too.  They made the experience one of the most enjoyable that would last in your memories well into adulthood.  They would entertain you all the while teaching you skills without realizing you were actually learning. The happiness that was spread by the staff was only out done by the beauty of the camp itself.

We were all quite impressed with the rock formations at the lake.  Some giant boulders can be found at Camp Pahatsi – house size in fact.  One of the most interesting events during our visits occurred at the campfire when the entire camp was instructed to stomp their feet simultaneously, at which point, seemingly, the entire fish population of the lake rose and made a bubble.  We don't know how they did it; it's still a mystery to us.  If you know how it was done – don't tell us!  We prefer that mysterious memory of our delightful visit at Camp Pahatsi.

Help us achieve this goal.  Don’t let developers buy up the property and turn our camp into little houses.  Let’s all work together to provide our kids with another week of laughter that they can look forward to year after year.  Help us by donating now to bring back life to this once great camp. 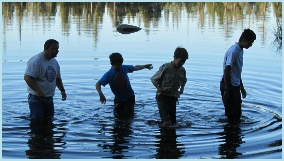 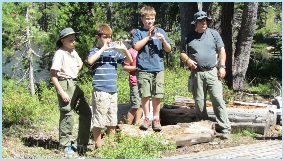 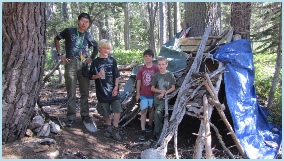 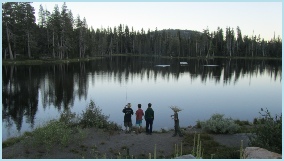